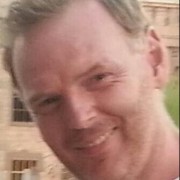 I moved from the UK to South America to save the rainforest but ended up saving myself from a boring career in banking instead. I have now worked online as a freelance writer for almost a decade, covering every subject from Bitcoin to golf and from backpacking to the smelliest kinds of cheese. Languages are my favourite subject, as they are fun to write about and I can pass on useful information too. Despite knowing approximately 3 words in Spanish when I first boarded a plane here, I have managed to survive, although with the occasional cringe-worthy misunderstanding along the way. My first Spanish classes were in Ecuador, where I also discovered what really happens to water when it goes down a drain on the equatorial line. After that, I started travelling South America and picking up as much of the language as I could. I am now married to a Bolivian and my daughter has Spanish as her first language but speaks English like a bonnie wee lassie from Braveheart. We travelled to Europe for a spell but we feel more at home here, with a laidback lifestyle and nice weather. Much of my Spanish I learned on the hoof, working in a bank in Spain and desperately trying to explain credit card charges to immigrants whose Spanish was as limited as mine. I also tried running a shop in Bolivia, which threw me in at the deep end. Nowadays, I work on my PC while learning new words from musical geniuses like Los Auténticos Decadentes and Celtas Cortos. My interesting career path really comes in useful at times as a freelance writer. I sometimes wonder if there is anyone else out there whose CV has UK mortgage underwriter and Bolivian pig farmer owner on it. If there is then I would love to hear from them. There is nothing better for me than settling down to type something fun that might educate or entertain the people who read it.

Tequila and Tortillas: Become a Real Mexican in 5 Steps

This entry was posted in must know, wanderlust and tagged language, Mexican, Mexico, Spanish, travel on February 11, 2014 by Robert . If you are going to be spending a lot of time in Mexico then you will find that the country houses a rich and fascinating culture. Many visitors there fall in love with it so much that they feel the urge to try and become a real Mexican. If you want to live like a(…)

This entry was posted in language guru, must know and tagged language learning, music, Spain, Spanish on January 31, 2014 by Robert . There are many fun ways to learn the Spanish language and some of them involve listening to music. If you want to improve your Spanish skills then here are a few unusual methods involving music: 1. Listen to the Translated Version of Your Favourite Songs You might not realise just how many songs have been(…)

Juan vs. Antonio – 4 Hints for How to Name Your Spanish Kid

This entry was posted in must know, serious and tagged Latin America, names, Spain, Spanish on January 21, 2014 by Robert .

If you have a child while living in a foreign country there are quite a few practical matters to think about. Apart from issues such as their nationality and all the horrible paperwork you need to fill out, there is something even simpler; what are you going to call the little fellow? 1. Think of(…)

The 6 Best Words in the World That Aren’t English

This entry was posted in babble, language guru, quirk and tagged languages, words on January 13, 2014 by Robert . English is a language with many fantastic words in it, some of which we have looked at in the past. However, what about those amazing words that other languages boast? Here are some great foreign words for you to try out. 1. Schadenfreude – German The person who invented this world was an absolute genius.(…)

This entry was posted in must know, wanderlust and tagged Bolivia, children, La Paz, Spanish, travel on December 30, 2013 by Robert . At first sight there are few less child-friendly places on the planet than La Paz in Bolivia. For a start, this exhilarating city sits in a giant bowl at 3,650m above sea level. Altitude sickness, absurdly changeable weather, weird food, insane traffic and unfeasibly steep streets are among the child unfriendly things you are going(…)

9 Great Cities to Visit in Spain

This entry was posted in must know, wanderlust and tagged Spain, Spanish, Spanish cities, travel on December 26, 2013 by Robert . Every year tens of millions of visitors head to Spain looking for a good time. The great thing about it is that you can find what you are looking for in so many different places. Whether your idea of a good time involves lying on a beach, looking at unique buildings or running away from(…)

6 Items You Need to Pack When Moving to Peru

This entry was posted in must know, wanderlust and tagged Peru, Spanish, travel on December 19, 2013 by Robert . Peru is one of the world’s most exciting countries but it feels a world away from the UK. If you plan to move here then you are in for a great time, provided that you plan properly and take away some essentials. 1. Gadgets Generally speaking, electronic gadgets are more expensive in Peru than in(…)

This entry was posted in must know and tagged cultural differences, culture, language, Spanish, Spanish boyfriend on December 17, 2013 by Robert . If you have got yourself a Spanish boyfriend then the language and cultural differences could be a big part of the initial charm in the relationship. However, when you first meet his parents you will want to do all you can to avoid cultural or linguistic issues and get straight onto the vital stage of(…)

This entry was posted in language guru, must know, wanderlust and tagged Ecuador, language, Spanish, travel on December 4, 2013 by Robert . If you want to learn Spanish then there are some terrific cities in South America for doing so. From Buenos Aires to La Paz and from Santiago to Caracas you will find interesting places where you can have fun while learning. However, I learned Spanish in Quito, Ecuador and it stands out for me as(…)

This entry was posted in glutton and tagged brands, food, food names on December 2, 2013 by Robert . If you have ever gone shopping in a foreign supermarket there is a good chance that you ended up giggling like a schoolgirl at some point. In some places they attempt to put product names into English while in others the local words are pretty funny to an English speaker. Here are a few different(…)