My name is Tamara and I am a writer and editor for an online reference database. If I could have one superpower, it would be the ability to understand every language in the world. I was born in South Africa and grew up in the Cape Town area, but have also lived in the United Kingdom and the United States as an adult. I’m an avid traveller and have been lucky enough to explore a variety of cultural environments, including China, Thailand, Egypt, and Israel. While studying Mandarin at university and attending a summer school session in Beijing in 2010, I discovered just how hard it is to truly master a new language: studying it in a classroom was is one thing; conversing with fluent speakers is quite another, and. I gained a new appreciation for anyone who could speak multiple languages. At the age of 25, I got itchy feet to live somewhere new. I set off to Scotland in 2012 to complete my master’s degree in English literature and spent an exhilarating year exploring whiskey and castles. I returned to Cape Town in late 2013 but couldn’t keep still for long. In 2015, I moved to Denver, Colorado, where I now live and work. I currently write and edit for an online reference database that covers ancient and modern world history, geography, pop culture, and contemporary issues. Moving from southern Africa to the UK and U.S. has also been a fascinating exercise in the differences between same-language cultures that even share a language. Denver and the Rockies are home now but I can’t keep away from my home country; I journey back at least once a year. As a language learner, I’ve delved into Mandarin and French, and continue to explore French in my spare time, although I suspect it will be a long time before I’m proficient. Next up: Spanish!

This entry was posted in glutton, wanderlust and tagged on August 18, 2015 by Tamara Rose Johnson . 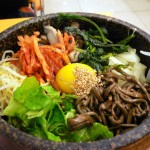 Korean food is one of many east Asian culinary gems, and there are plenty of favourites to choose from in this country’s complex and alluring cuisine. Ever-evolving, Korean food is shaped by interacting cultures, social and political changes. Grains, meat and vegetables form the primary staples of Korean food, from which a fantastic variety of dishes(…)

Top Food and Drinks for Tourists to Try in China

This entry was posted in glutton, wanderlust and tagged China, Chinese, Cuisine, Drink, food, language, travel on May 27, 2015 by Tamara Rose Johnson . 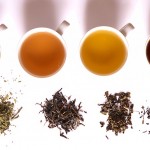 If you’re lucky enough to take a trip to this incredible country, one of the many highlights will be the food and drink. You will also quickly notice that Chinese cuisine can be starkly different to the standard takeout you’re used to in your own country. Familiar names do exist there of course – sweet(…)

5 Reasons to Study Abroad in Scotland

This entry was posted in must know, wanderlust and tagged Scotland, Students, study abroad, University on May 25, 2015 by Tamara Rose Johnson . 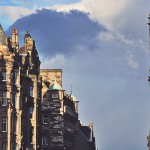 Considering studying abroad? Scotland is a great choice, with outstanding universities that repeatedly rank in the world’s top 100. Edinburgh, St Andrews, Glasgow, Dundee, Aberdeen and Stirling are each distinctive Scottish burghs that play host to historic and internationally-recognised universities; each offering a broad range of study programs. Of course Scotland is also much more(…)

The 5 Most Difficult Things About Learning English

This entry was posted in language guru and tagged english, language, language learning, Second Languages on May 19, 2015 by Tamara Rose Johnson . 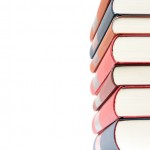 Learning English is a tough game for the uninitiated; endless contradictions and exceptions to every rule, illogical phonetics, ambiguous sentence structure and a diverse etymology prove a great challenge for learners, especially for those from entirely unrelated linguistic groups. The quirks of the language can be both frustrating and amusing. Included here is merely(…)

Learn Chinese Through Music – Here’s How (and Why)

This entry was posted in language guru, must know, showbiz and tagged Chinese, language, language learning, Mandarin, music, Pinyin on May 12, 2015 by Tamara Rose Johnson . 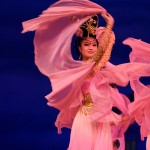 Learning a new language, especially one with a totally unfamiliar writing and phonetic system, is always challenging when it comes to vocabulary and fluency. Luckily Chinese is already a lyrical language, so using music to help propel learning can make it truly fun and memorable. A couple of things to keep in mind before adding(…)