Studying another language can be quite challenging. It is a difficult process that requires a lot of motivation and effort, but it is one of the most rewarding tasks that you can take up! It helps you understand other people and cultures, and you can use your newly-acquired skills in many ways: speaking with friends and colleagues, getting a new job, travelling, relocation and many others. We encourage you to start learning or enhance your chosen language level with one of our courses and our great teachers!

Please see below our recommended number of hours to reach a specific level when the initial level is beginner.

*Each level contains a range of hours as some learners need more hours due to different factors, such as: learning in group classes, no language practice outside class, great difference between native language and target language, etc. Students learn faster with one-to-one classes, with practice opportunities outside the class and where the target language is similar to their native language.

Try our online tests and you get your results instantly

Language knowledge is something complex and our online tests will give you a general overview of your chosen language ability. All your language skills, such as speaking and listening can be tested by your assigned trainer once you start a course with us. Our trainer will assess your language proficiency and the course will include topics and issues that you are most interested in. We believe that success means focussing on what you really need to learn, and we will help you achieve your language learning goals!

As a beginner learner, you either have no knowledge of the language, or know a few common words and phrases such as greetings, feelings and counting.
2

You are able to understand and use everyday words and phrases as well as basic expressions. You can introduce yourself and answer personal details about where you currently live, the people you know and the things you own. You are able to interact with other speakers provided they speak slowly, clearly and are prepared to help your conversational progress.
3

You are able to understand sentences and common expressions and you can communicate when it comes to topics surrounding simple daily tasks and information. Easy exchanges with others are possible and you are able to describe simple situations and talk about daily, routine tasks and experiences. You are also able to describe simple aspects of your life, background and environment.
4

You are able to understand the main parts of familiar matters (school, work, recreational activities, etc.) and can deal with most situations that may arise when travelling in areas where the target language is spoken. You can communicate with others on simple topics that are personal and familiar and are also briefly able to describe events, hopes and ambitions while giving reasons for them as well as providing explanations for your opinions and goals.
5

You are able to understand complex sentences on both concrete and abstract topics, including complicated discussions to do with your field of specialisation. You can converse with a degree of fluency and can get involved in regular interactions with native speakers without strain. You can produce written information on a wide range of subjects and are able to communicate all aspects of your chosen topic(s).
6

You are able to understand long, demanding texts and topics with detailed information and you can express yourself with fluency without having to think too hard about what to say. You can also use language effectively enough to have conversations about academic, social, economic and professional topics in a clear, well-structured and detailed way, showing control over speech and near-perfect knowledge of grammar.
7

You are able to understand almost every spoken or written word, and you can supply information based on different sources, on a number of complex and intricate subjects as well as being able to reconstruct arguments coherently. You can express yourself precisely, without having to think about what to say beforehand, and are able to partake in complicated, delicate conversations without having any trouble understanding.

Learning a new language takes time and depends on a number of different factors, including:

Your mother tongue: The closer your native language is to the language you’re trying to learn, the easier it’ll be to pick up! For instance, if you already speak a certain Romance language (such as French, Italian, Spanish or Portuguese) and are interested in learning another, the similar vocabulary and grammar will make the process significantly faster.

Your knowledge of other languages: Language learners with two or more languages under their belts tend to pick up new languages faster than those without that previous experience.

Your language choice: Acquiring a new language quickly will be made trickier depending on your choice of new language and its difficulty level. If it isn’t related to your spoken tongue (as mentioned before), you should expect to spend some time learning the basics. For instance, if you would like to learn Japanese, be prepared to study an entirely new alphabet written in different characters as well as adjust to little nuances such as accents, intonation and linguistic cultural influences—all things that might be particularly foreign to you and will require additional adaptation.

Your place of residence: Immersion is one of the most important aspects of learning a new language. Being able to communicate with the locals, and practise conversationally, would make a significant difference in the speed in which you would pick up a new language.

Your commitment and time management: Progress will speed up the more time you devote to your learning. With everything from being committed to doing homework, to finding different resources for learning (TV shows, films, podcasts, books), know that there is a level of responsibility resting on your shoulders as the student.

Your practice partner: Having a trainer to practice speaking with is great, but finding new people to test your skills out on will help you adjust to different accents, speeds and vocabularies, which in turn will improve both your conversational and your listening skills enormously!

Your motivation: Most learners reach a stage in the process where their language learning plateaus. Being able to motivate yourself to get through this phase, as well as having the determination to push through the tough days, will ensure a quicker success.

Your age: Learners have been known to pick up languages at a rapid speed when they’re younger (a matter of months, even!) But the right amount of commitment to your studies, good time-management, and seeking exposure to the new language are all things within your control when you are older—the speed at which you learn is completely up to the choices you make!

And now, we want to help you get started! Here are some tips on how to begin learning or improving your target language knowledge!

1. Start attending lessons in your chosen language. We recommend a one-to-one course as you receive personal attention from your trainer and your progress will be faster!

2. Go to your local library and borrow CDs and books that can help you make progress in the language.

3. Check language learning sites. There are many lessons available, especially for beginners.

4. Practise the language as much as you can and whenever you have the opportunity: on holiday, on the street, when visiting somebody, etc. Don’t worry if your level is not as good as you would like it to be. Native speakers enjoy helping people struggling to learn their language.

5. Read magazines or newspapers in the language you wish to learn. You can find interesting topics on a variety of subjects.

6. Read books in the target language. Start with easy ones and continue with more difficult ones. Ask your assigned trainer for help and advice.

7. Listen to songs in the language you want to learn. You can also sing along!

8. Buy a pocket dictionary. Carry it around while you are out and about and learn new words when you have some spare time.

9. Watch movies with subtitles and without.

10. Watch a TV channel in the target language.

11. Speak to yourself in the mirror. If there is nobody available to speak to, talk to yourself! 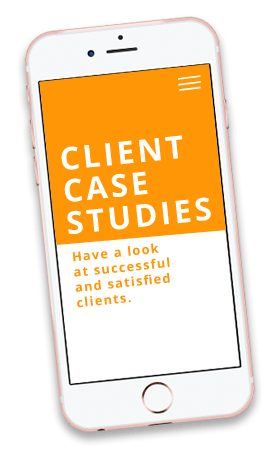 “"I love that I can learn with a native speaker from my own home and at whatever time works for me!"”

Thanks for your inquiry!