If you love languages and beer, you can combine them at a beer festival! They are the perfect place to party, taste exotic beers and brush up on your informal vocabulary in your target language. It doesn’t matter if you’re learning German, French or Chinese, you’ll be able to find a beer fest for you anywhere in the world!

1. Oktoberfest in Munich, Germany (and Across the World)

The Oktoberfest is the beer festival. It starts in late September and lasts for until early October. The founding city of the event, Munich, hosts over six million visitors from all over the world.

Bier (beer) is, of course, the more popular product at the festival, with over 6.9 million litres sold on average. But you can try some other typical German dishes, as well, like Würstl (sausages) and Brezen (pretzels).

If you want to blend in, you should wear the traditional Bavarian costumes to show your love for the German culture. But whether you decide to dress up or not, you are sure to have fun in the festival’s grand beer halls, on the carnival rides, at the parades, and more. 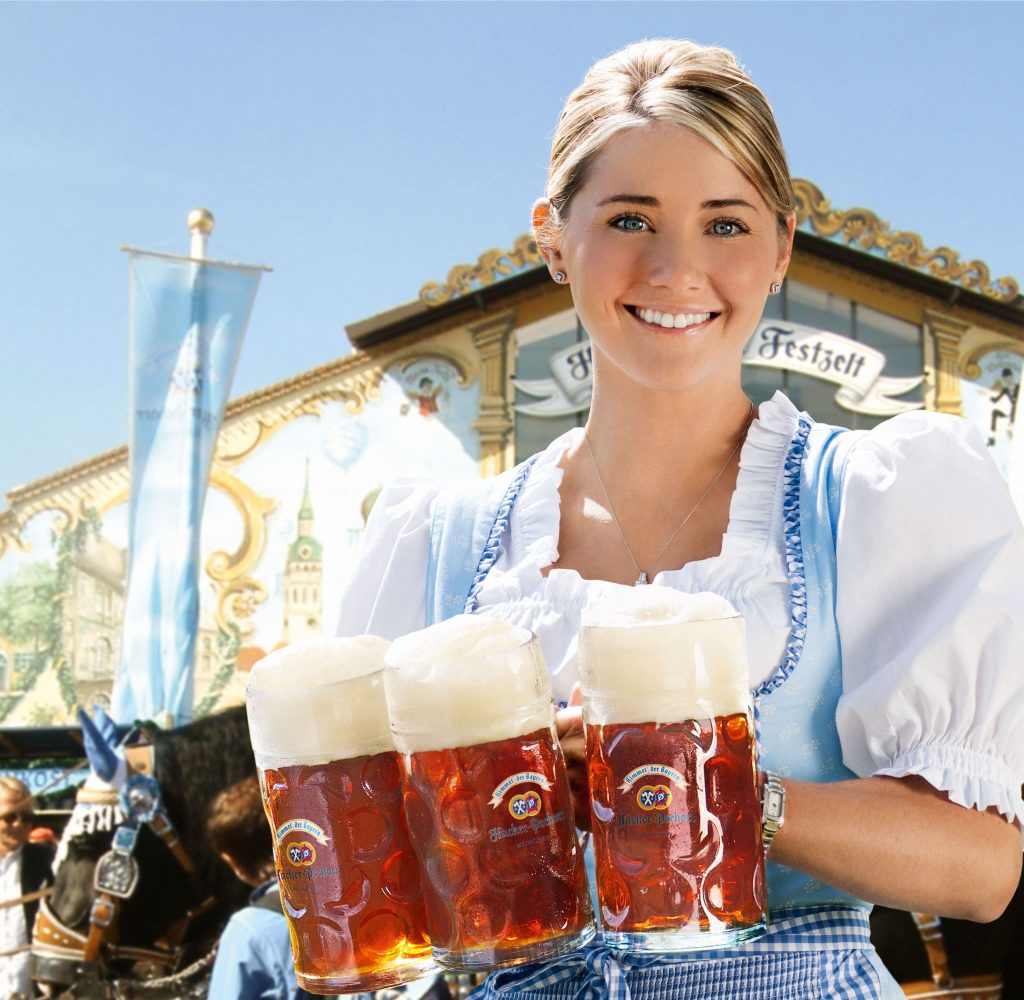 Photo by Markburger83 via Wikimedia

This festival provides you with the perfect opportunity to learn about German culture, develop your language skills on a whole new level and review some of the basics, too.

For example, if you want to review the numbers (albeit in a Bavarian drinking context), you can practise saying “oans, zwoa, drei, g’suffa!” (one, two, three, drink!). Your German friends are going to love that!

Just make sure you follow this phrase with the typical cry of “prost!” (cheers), and you’ll be drinking beer like a true Bavarian.

And don’t worry if you cannot get to Munich or even Germany! Oktoberfest is so popular that most cities and countries celebrate it. Go to the Brazilian Oktoberfest this year and enjoy a cerveija (beer), or drink a bia (beer) in the Vietnamese version of this famous festival.

This beer fest is much closer to home, so it’s brilliant for non-native English speakers who want to integrate with the local culture and improve their language skills! Being organised by the Campaign for Real Ale, this event takes place in early August and receives around 60.000 attendees every year.

The Great British Beer Festival has a wide variety of beer types from over 100 breweries. On average, they sell one beer every half second, so you can get an idea of how big this fest is! 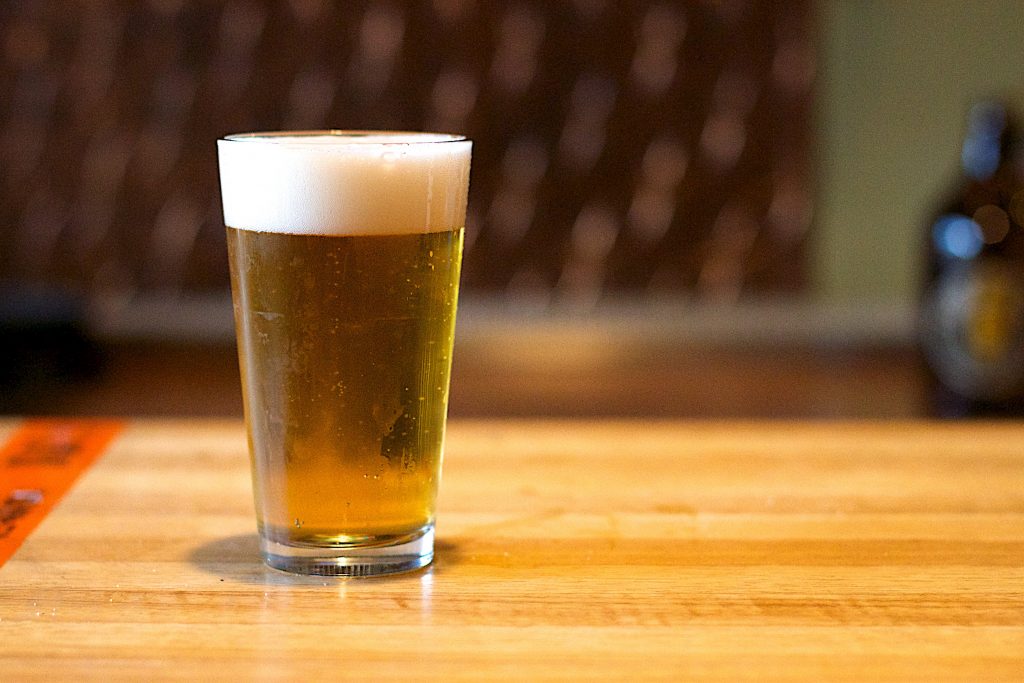 Besides enjoying the traditional British beer, you will also be able to delight yourself with live entertainment and play pub games. It is also a good opportunity to learn some important lingo. For example, though you can ask for a glass of beer, it will sound much more natural to just ask for a pint.

Also, you should know that your British friends could invite you to this festival by suggesting that you “go on a bender”. This means drinking large amounts of alcohol for a prolonged period.

If you’d like to have a native English speaker explain the vocabulary you’ll need to have a fun time at this festival, explore our English courses with customised curriculums.

The Brussels Beer Weekend takes place every September and receives an average of 60,000 beer lovers every year. Enjoy more than 255 varieties of Bière (beer) that the brewers offer in the Grand Place, where the festival is located.

As Brussels is a bilingual city, it’s a great event to attend to practise the two local languages: French and Dutch. So, when ordering your beer, you can ask “une bière s'il vous plaît” or “een bier alstublieft”.

But if you want to get to know the city, its culture and its people, consider taking French classes for travellers or enrolling in a Dutch course with a native-speaking tutor who can explain all you need to know to get by in Brussels.

The Qingdao International Beer Festival is the largest beer fest in Asia, with over 7.2 million people attending in 2019, making it the perfect event to practise speaking Chinese in a relaxed setting.

This beer fest takes place every August and offers over 1,500 different types of 啤酒 (beer) from all over the world. It also features different cultural events, from live music to sports. You can even camp on-site, so you don’t have to stop partying during this 16-day celebration.

If you want to combine your desire to practise a language while soaking up the sun on a beautiful Spanish beach, this beer fest should be at the top of your bucket list! The Spanish heat will give you the perfect excuse to quench your thirst with the over 200 national and international brews you’ll find here. 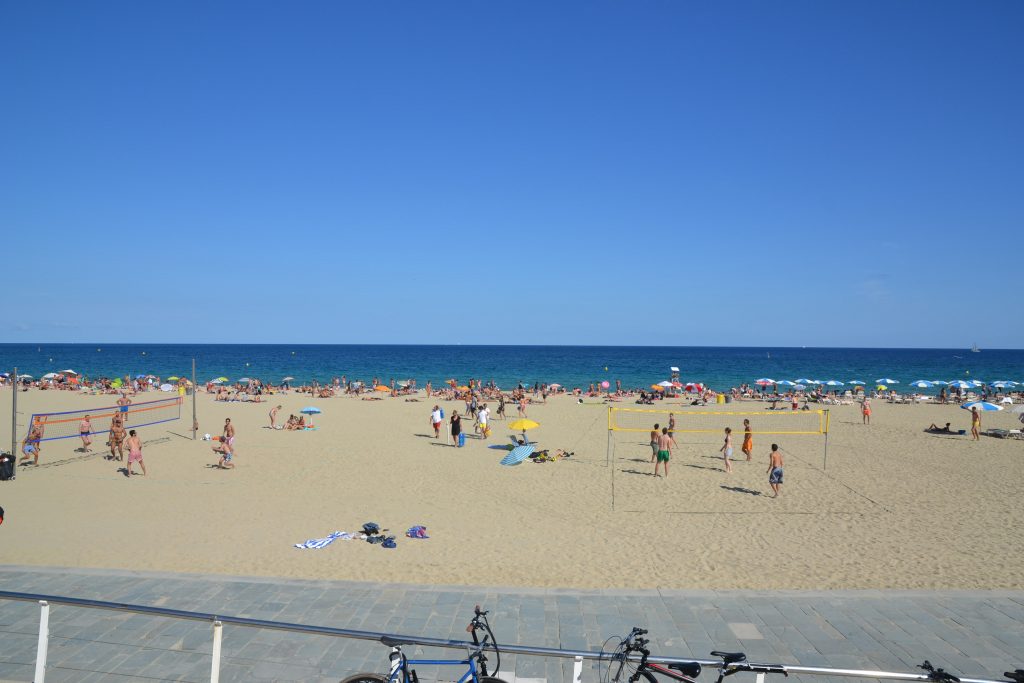 You’ll have three days of music, food, drink tastings, competitions and more in Barcelona. The party often ends on the sand, since this festival is held only 100 metres away from Barcelona’s popular Bogatell beach.

To make the most out of your stay in Barcelona, you should know some of the most basic Spanish phrases, such as ¿Me traes una cerveza? (Can I have a beer?). Or if you want to make new friends, knowing how to say ¡Qué buena está la música! (the music here is so cool) will be really helpful, too.

If you already know some Spanish, test your proficiency here to know whether you are ready to go partying in Barcelona. And if you need help learning the phrases you’ll need to make the most out of your time in the city, explore our Spanish language courses with customised curriculums, where a native-speaking tutor can teach you the most typical Spanish phrases to use at parties and much more!