Cultural Commentary: ‘Calcio’ and the Language of Italian Football

For those of us who love football, there is no irony in the phrase the beautiful game. It is an art form, a grass-pitched battle. For those who possibly love it a little too much, it is a flawless, romantic dance. The rest of us will look on such descriptions with anything from disdain to bewilderment, but then, these are the people that have likely never watched a game of Serie A football: the football premiership league of Italy, where it is a game like no other.

Why is it so unique? Well, the language of course. More specifically, it is the Italian commentary. For what other than the language of love, could make a sport such as football be perceived as beautiful? Learn about how Italian not only lights fire in your heart and ears but how its passion so intimately intertwines with the football experience.

To understand why Italian football is like no other, you have to realise that commentary is everything. The English Premier League commentary is brash, passionate, evocative, yet there's no way to escape the fact that you're in a pub with a pint in hand surrounded by, if you're lucky, supporters of the same team, and you're all shouting at the screen at once. But Italian football commentary isn't about a game of football at all; it's about a performance.

Putting on a show

When Rome lost to Napoli in a match last year, their coach Eusebio Di Francesco described the performance of the Napoli team as a sinfonia — a symphony — that they hoped to play on par with themselves. Di Francesco wasn't even being an exceptionally gracious loser; commentators often refer to a well-played matches as a spettacolo, which means both a spectacle and a play.

A game of football is not simply a match. It is a performance, with players playing their roles—their ruolo—rather than a position, leaving managers to discuss how they have interpreted their role when talking afterwards instead of discussing how they played. A playmaker is a regista, or a director, and players who exchange passes during the game aren't merely passing, they're said to dialogare — to dialogue. 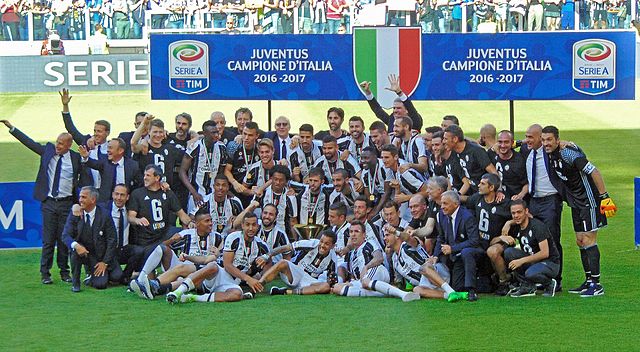 All the world's a stage football pitch

Those above aren't the only niceties used in the language of Italian football. Goals aren't scored but are authored — a goal scorer is therefore l’autore del gol. Potential man-of-the-match contenders are the game's protagonist — protagonista, who often receiving praise for their fantasy — fantasia. Roberto Baggio, for example, who played professional football for thirty years as a forward attacking midfielder or second striker, was often referred to as a maestro.

Keeping with the dramatics that Italian football is often associated with, balls aren't won but conquered — conquistato, and instead of becoming trapped are domesticated — addomesticato. An opposing play isn't a challenge but a conflict — contrasto, and a penalty kick a rigour — rigore. Passing or possessing is phrasing — fraseggio, and a lapse in a player's judgement a pastiche — pasticcio. Shots on goals are conclusioni, and if those are missed they are considered failed — fallita — the same word in Italian for bankruptcy!

And all of this beautiful performance is done for the audience, the public — pubblico. Their cheers — choruses — cori — are just as much a part of the performance as the football itself; which in Italy, isn't even called football, it's calcio, which means the same thing, but sounds so much more beautiful, don't you think?

Even the positions played in Italian football sound more dramatic:

And it's not only the players that have more beautiful-sounding roles. Fans are i tifosi, brandishing la sciarpa — scarves, or la bandiera — flags. They might sit in la curva — the seats behind the goals, or la tribuna — seats along the touchline, where they can shout at the arbitro over corners —  l'angolo or a cartellino giallo/rosso — yellow/red card awarded, argue in favour of a punizione — free-kick, or demand for a video replay when a player is fuori gioco — offside.

You can learn a lot about a language when it is spoken at its most passionate, and you can't get much more passionate than the commentary box at a Serie A match. So if you're looking to brush up on your Italian, or just to work out what all the fuss is about, then perhaps on your next trip to Italy, you can incorporate a visit to one of Italy's most loved stadiums like Juventus, San Siro, or Stadio San Paolo, to see and hear it for yourself!