How to Learn a Language with Closed Captions

Learning a language with movies and TV shows is a brilliant idea. You will not only be motivated and engaged but you’ll also be acquiring language in context instead of learning isolated rules or words. Now, platforms like YouTube and Netflix offer an amazing resource that can help advanced learners polish their skills even more: descriptive subtitles.

Descriptive subtitles (also called closed captions) offer additional narration that describes what is going on in the show or movie. Although they were designed to make films more accessible for deaf and hearing-impaired people, these subtitles can also assist in comprehension for people learning a non-native language. In this way, you’ll understand the dialogues and also what the characters are not saying, such as sounds, music, ways of laughing, and more. Keep on reading and discover how descriptive subtitles can help you learn English or any other language of your choosing!

As the name shows, language identifiers specify the language being spoken at the moment on the screen. Of course, if the whole movie is in English, then there won’t be a language identifier caption unless one of the characters starts using a foreign language.

For example, in Love Actually, the character played by Colin Firth falls in love with a woman who only speaks European Portuguese. If you’re not familiar with the language, chances are you won’t recognize it. With the help of closed captions, you will immediately know what foreign language the characters are using and satisfy your curiosity.

By activating closed captions, you’ll learn not-so-commonly used words (especially adjectives) crucial to describing what is going on around you such as sounds (like screeching, creaking, and so on).

Plus, descriptive subtitles can help you learn collocations (words that usually go together), such as rain pattering, plane passing, eggs popping, a phone ringing, or clock chiming, instead of individual words only. If you watch The Quiet Place (2018) with closed captions, you’ll find plenty of these collocations, such as “light footsteps”: 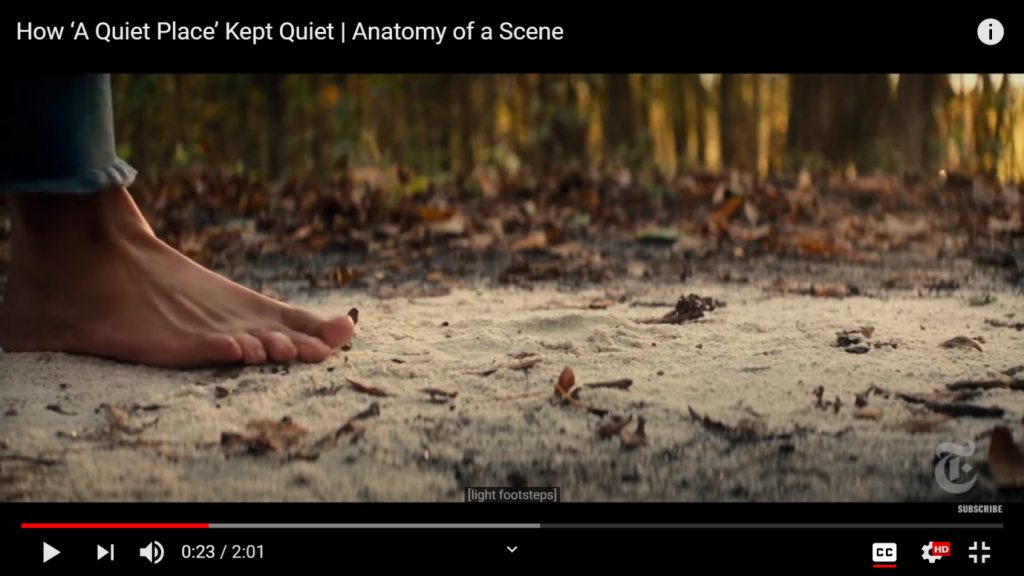 In addition to being loud or low, music can be gentle, cheerful, triumphant, romantic, sparkling, vivacious, and more! Closed captions are great because you’ll learn these new terms by associating them with actual songs so you can remember them in the future. 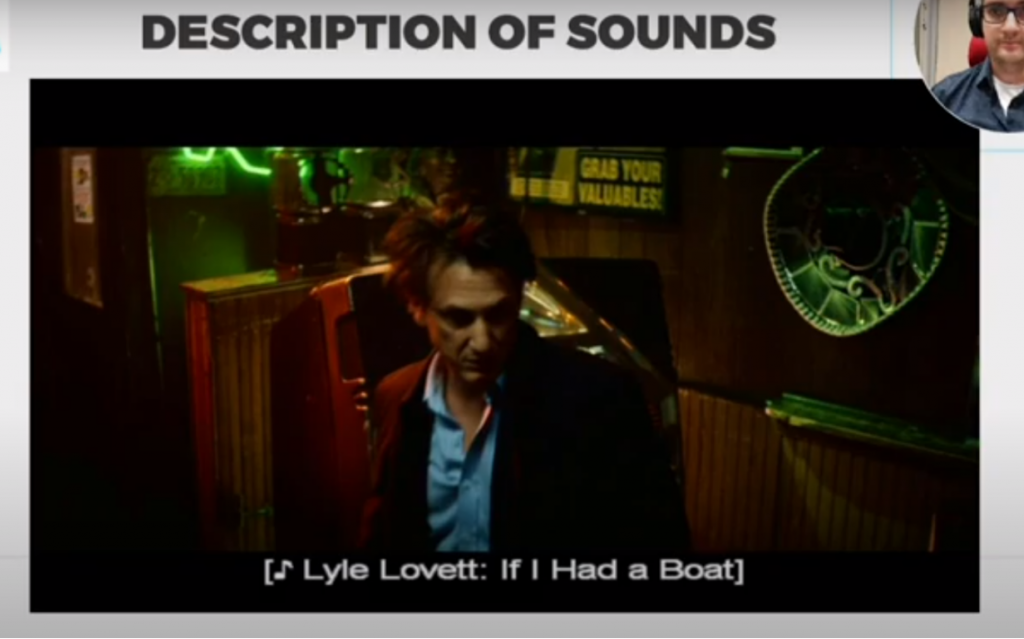 Paralanguage includes sounds made by speakers that are not distinct speech, such as grunting, panting, heavy breathing, or sighing.

By using descriptive subtitles, you’ll start learning synonyms to common words and diversifying your vocabulary. People do not only “speak” or “talk”, but they mumble, whisper, shout, yell, mutter, scream, clamour, and many others.

There is also a great variety of ways of laughing, such as giggling, cackling, chuckling, guffawing, snorting. Here is an example of an interview with the cast of the Haunting of Bly Manor where the subtitles describe the laugh of one of the participants: 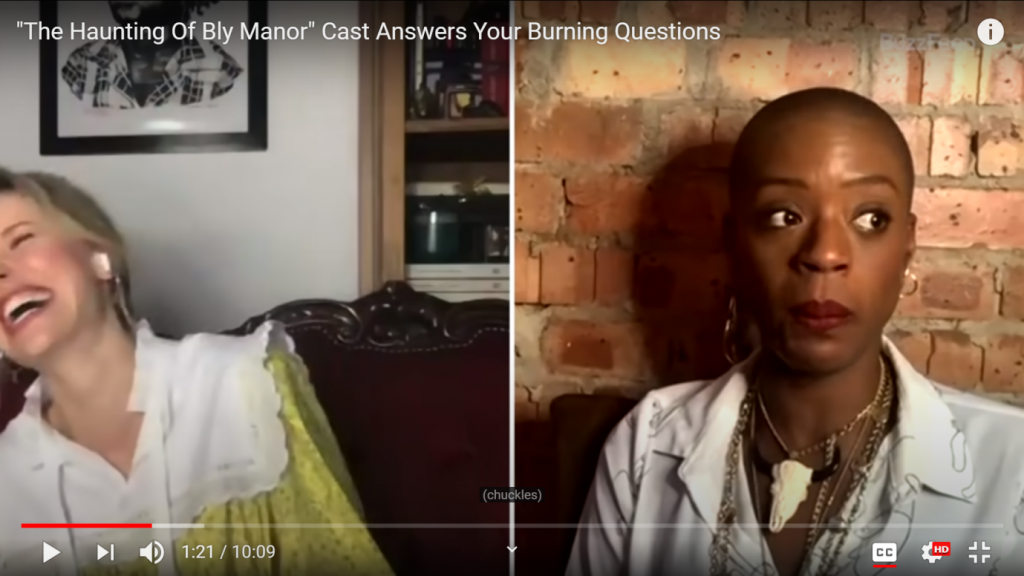 So, what are you waiting for? Turn on those closed captions and take your English (or any language of your choosing) to the next level while watching amazing movies and TV series!

Do you have any favourites? Share them with us in the comments section below!