This entry was posted in must know and tagged netflix arabic on January 15, 2019 by Kelly .

Netflix has a wealth of series and films for you to watch in Arabic, so your only difficulty when using it as a language learning tool is choosing what to watch! Here are some of our favourites to start you off with. Happy studying! 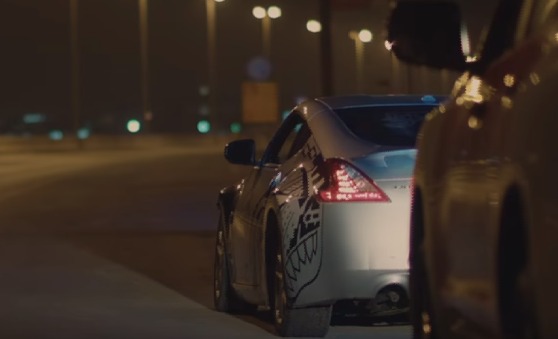 If you enjoyed the Fast and Furious series this might be a really good choice for you. The underground racing scene in the Emirates is both high stake and hidden, and we get a glimpse of it through the eyes of street racer Khalid. And why the missing engine? Khalid develops an experimental, innovative engine that has never been used in racing before. It becomes the source of competition between rival street racing teams and in doing so is the focus of our story. Expect all sorts of thrills and on-the-edge-of-your-seat stuff along with life lessons and, well, fast cars. Get the subtitles on and expect a second watch because you'll be so engrossed in what is happening on the screen you might forget you're supposed to be learning!

Barakah Meets Barakah is a love story, first and foremost, and a look at the societal politics of Saudi Arabia. Well-mannered civil servant Barakah meets the free-spirited Instagram blogger Bibi, and the two begin a difficult romance. There are reflections on how would-be couples are no longer allowed to meet freely in public as previous generations have done, and comedy as two quite different worlds collide. This film is a rom-com with a message that has a stunning backdrop, engaging characters, and more than enough to distract you from your Arabic studies, so bear that in mind! 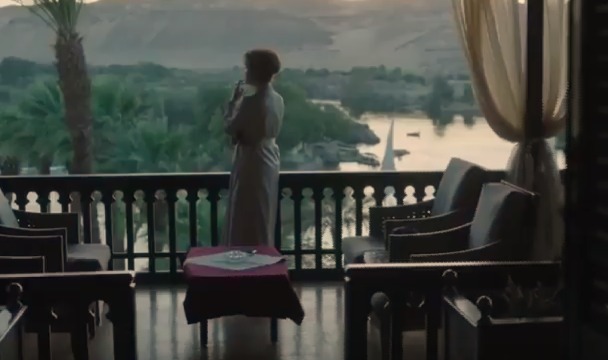 Secret of the Nile

Secret of the Nile is possibly the most stunning visually in this list — if you like opulent hotels! Set in the 1950s and based on the Spanish Telenova Gran Hotel, this series focuses on Ali, a man who arrives at the Grand Hotel under the premise of work but is actually in search of his missing sister. There are so many twists and turns as we look for Ali's sister, and watch him fall in love with the hotel owner's daughter. This feels like all the best murder mysteries colliding with Downton Abbey; be prepared to climb on the train with Ali as the series starts and binge watch to the very end. Subtitles are available in both English and Arabic to help you as you watch.

Learning Arabic? Check out our free Arabic placement test to see how your level measures up!

Set in a Bedouin village in the Negev Desert, Sand Storm follows the lives of the family of Suliman. Suliman is about to take a second wife and it falls to the duty of his first, Jalila, to arrange the wedding. As this is happening their daughter Layla, who is far more involved in the 'outside' world than others of her generation, is taking driving lessons, preparing for university, and falling in love — with a man who is not from their village. Sand Storm weaves together all these different stories with a very positive feminist slant. This might be the easiest on the list in terms of following the language but subtitles are there in both English and Arabic if you need them. 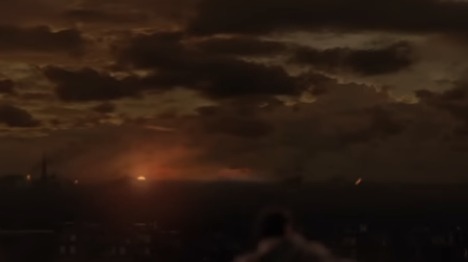 Our final choice is The Worthy, a Dystopian film set in a future where the world's water shortage has plunged it into sheer chaos. A small group of survivors find shelter and set up a home of sorts next to the only remaining clean water source around. A couple is reluctantly brought into the compound and all hell breaks loose, with a true fight for survival for every one of its inhabitants. This is a dark film despite its teen rating, both cinematically and with its theme. However, if your usual go-to watches are gritty portrayals like The Walking Dead, The Worthy is absolutely the one for you.

Before we go, there is one final choice on Netflix in Arabic that we think you should look out for — that doesn't come out until 2019. Jinn is a six-episode supernatural thriller that follows the story of a group of teenagers whose lives are disrupted and forever changed by the appearance of a Jinn in the form of a young boy. There aren't any trailers yet but since this is getting an international Netflix release keep your eyes out, it sounds amazing!