Switzerland might be synonymous with cheese, chocolate, and skiing, but there is another area that the country specialises in that should be celebrated, and that's multilingualism. And while multilingualism is not something unusual to find in a country, perhaps this level of successful integration is. Let's take a look! 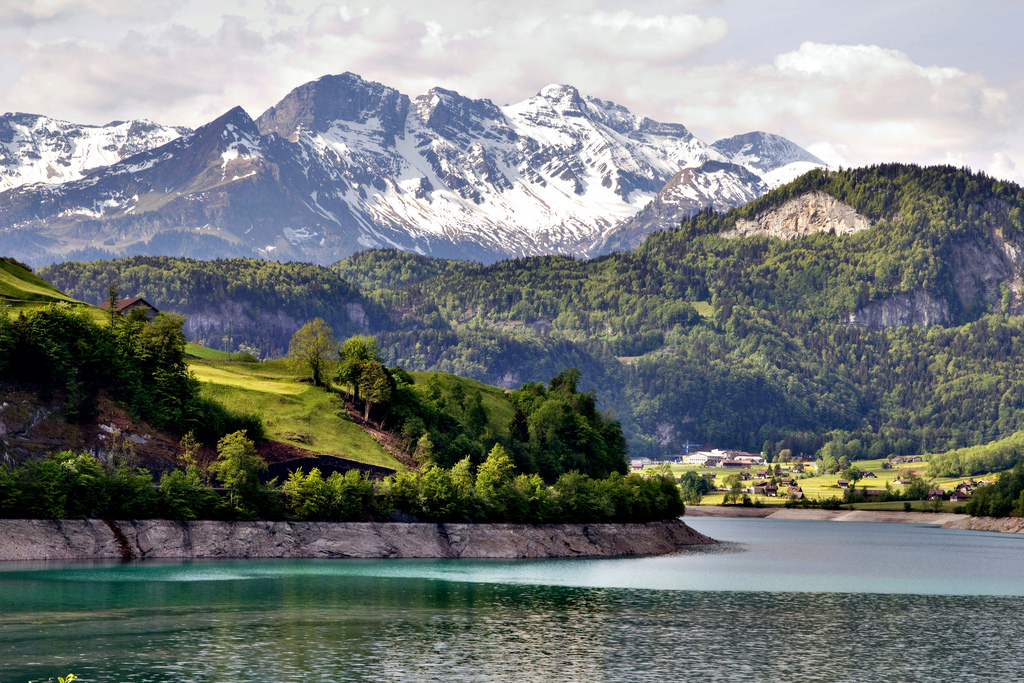 Okay, so here's your basics. The languages of Switzerland are:

Of those national languages, 63% speak German, 22.7% French, 8.4% Italian, and 0.6% Romansh. German has long been the dominant language of Switzerland, but its status has declined in recent years, when only back in 1950 72.1% of the Swiss population spoke German.

Switzerland can be thought of as separate regions that are then divided into cantons—administrative states—of which there are 26. Deutschschweiz (German) is generally east, north, and central Switzerland, la Romandie (French) west, and Svizzera italiana south, with a small native population of Romansh speakers in Graubünden to the east of the country.

Graubünden is the only canton that is officially trilingual, and Fribourg, Bern and Valais bilingual, the rest of the cantons monolingual; 17 of which are German-speaking. 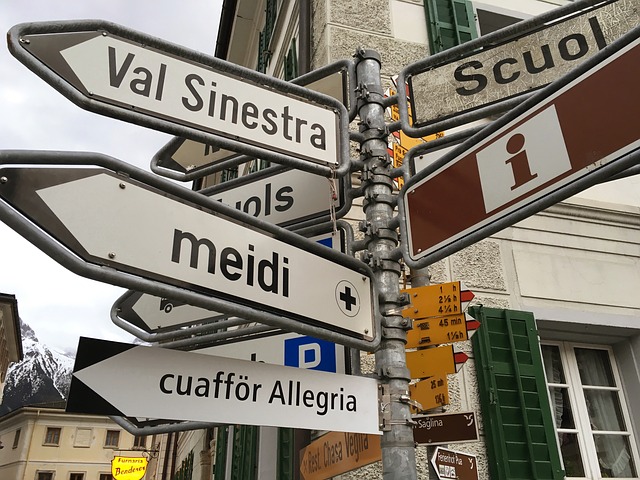 Since we're already pretty familiar with German, French, and Italian, let's get to know Romansh a little better. Romansh, native only to Switzerland, is spoken by some 36,600 people as a main language, and has a further 60,000 regular speakers. Romansh is a romance language of the Indo-European language family descended from Vulgar Latin, that of the Roman Empire, with six different forms and seven separate dialects.

Romansh has been recognised as a partial official language alongside German, French, and Italian in Switzerland, at least in terms of article 70 of the federal constitution, which states that speakers of Romansh can address the federal administration in Romansh and receive an answer in the same language. This is more of a placatory gesture than anything else, however, with official texts rarely translated into Romansh. Rumantsch Grischun, an attempt at a unified written language for Romansh, is not universally accepted throughout Switzerland, and is perhaps the reason for that.

So how does a country with only three cantons bilingual, and one trilingual, coexist without some modern-day catastrophe akin to the Tower of Babel? In many cantons, it's easier to find an English speaker than one of the other official languages of the country; an argument amongst some linguists, anyway, who say that more focus is put on learning English than the other languages of Switzerland.

Put simply, each language plays its part. Federal laws are published in German, French, and Italian, the Federal Assembly uses French, and German is used by Romansh speakers in 'official' situations. And as well as that, of course, each individual canton publishes in its preferred language, be that German, French, or Italian. There is no language mixing, no Swiss version of Spanglish or Franglais, and there's very little in the way of code-switching either—officially, anyway: though if you walk into a bar and order a drink, the bartender will likely swap between languages depending on their clientele, as easy as they change their barrels of beer.

Of course, it's naïve to assume that everyone in each of these cantons is monolingual and can't speak the languages of the rest of its country, at least in some form. But in principle this shouldn't work; if you've never heard the Great Bread Debate of the UK, where a roll becomes everything from a bap to a barn cake north of the M25, then you probably are thinking why shouldn't it work. Put simply, people are protective of the words and language they use, so to coexist with such language differences seems a language utopia (or maybe that's just a British thing). 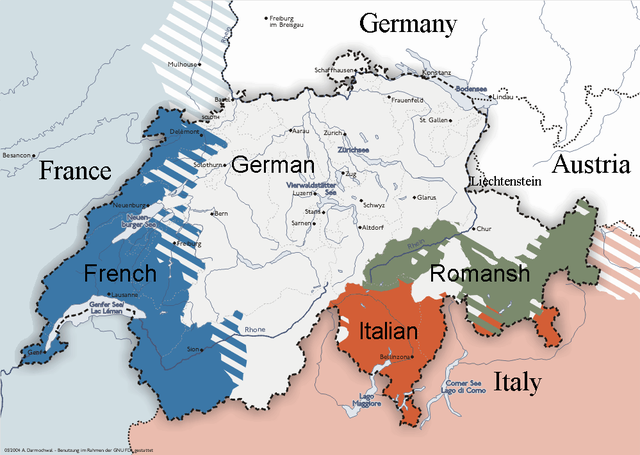 Switzerland's multilingualism works, because it embraces diversity and celebrates all the ethnicities that make up the country. Cultural interaction and a devolved system of governance allows for the preservation of culture and identity whilst controlling policies for language or education, meaning everyone is involved, and more importantly, represented.

Switzerland has a strong national identity, with fellow Swiss identifying better with each other despite their language differences than they might with others speaking their language in say, France, Germany, or Italy. In short, the Swiss are proud of their heritage, and embrace all that makes up its history, whatever language that history happens to be in. Perhaps other countries should take a leaf out of Switzerland's book!