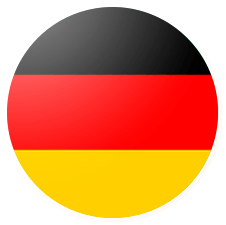 Our German speakers, fully qualified to teach their native tongue, can train you and, if need be, the rest of your group at a time that is suitable to you, at your home or place of work. Sessions can take place on the day of your choosing—even weekends—whenever you want, whether it be morning, afternoon or evening. If circumstances arise where your home or office is not available, the classes can be held at your trainer's office. Resources for the lesson are provided for you.
German lessons in


If your city is not listed above, please click here 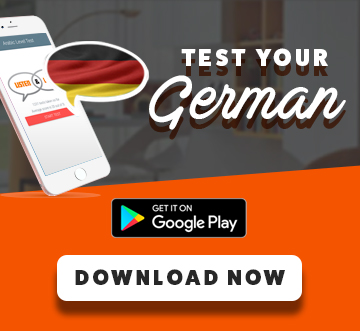 The German language has a reputation for being difficult to learn, and the truth is that long compounds like Kraftfahrzeughaftpflichtversicherung can spook anyone. However, don’t feel discouraged: German is not as hard as you may think. It actually shares many features with English, such as the alphabet, word order, intonation, and some pronunciation rules, in addition to many words that look and sound similar.

In this guide, we would like to share the best resources to learn German grammar, pronunciation, vocabulary, and everything you need to know to be fluent in this amazing language!

German is one of the most-spoken languages in Europe, being the official language of six different countries. These include:

It’s also one of the recognized languages of Namibia and of the Italian province of South Tyrol.

Plus, more than 130 million people speak German in the world, either as a first or second language, though not all of them speak the same German. While the varieties of Austria and Germany, for example, are mutually intelligible, they have a lot of differences in pronunciation, vocabulary, and sentence structure.

Moreover, the regions within Germany also differ in the way they speak! If you’d like to learn more about the dialects of the German language, you can dive deep into this topic with our article.

Are you learning German as a beginner and are not sure where to start? Don’t worry; this language guide will help you! Little by little, you’ll get used to German pronunciation and spelling while you memorize conjugations and declensions. And if you prefer to have an expert tutor accompanying you throughout your language journey, you can always contact us at Listen & Learn. We partner with professional instructors with years of experience guiding learners to fluency, so they’ll be able to design the perfect materials to suit your level of proficiency and learning needs.

Let’s begin with the beginning. What about the German alphabet? Luckily, the German writing system is very similar to the English one. There are only 4 special characters:

In terms of spelling, the main difference with English is the capitalization of nouns. While we only capitalize proper nouns, the German language capitalizes all of them. This may seem a bit strange at the beginning (and you’ll certainly need to get used to it!), but it’s actually useful if you are starting to learn German as a beginner, as you’ll be able to identify nouns very quickly.

In case you’d like to practice your spelling, you can use some of these tools to learn German for free:

As we stated before, all nouns are capitalized in German, no matter if they are proper names or simply objects. For instance, you need to write der Freund (a friend) instead of der freund. But what probably makes them difficult to learn for English speakers is that they are gendered: nouns in German can be masculine, feminine, or neuter.
These genders are grammatical, so unfortunately there is no way to predict whether the chair (der Stuhl) is masculine or feminine or if the door (die Tür) is neutral. You’ll need to memorize the genders as you learn the words.

If you need to show that a noun is in the plural form, soon you’ll notice that you have a lot of different options (and only one one of them is correct!). Let’s take a look at some of them:

German has a reputation for being a nightmarish language to learn. While it’s true that some features are hard (like verb conjugations or noun plurals), the main reason for its reputation are the compounds. These are seemingly endless words that look scary but are actually quite simple (unless you try to pronounce them!).

German is an agglutinative language. This means that words build off of each other and combine to form new ones. For example, let’s take a look at the following compound:

This word is very intimidating, but it’s only the combination of Geschwindigkeit (speed) and Beschränkungen (restrictions). So, if you already know these two words, it won’t be hard to get the meaning of this new term!

This word is the result of the combination of hand and schuh (shoe) which results in… glove. Sounds logical, right?

Now comes the difficult part of learning German: articles. Why, you may wonder, when in English they are so simple? Well, in German, articles have grammatical case and change depending on their gender and number, too. Take a look at the following table:

While some of them are the same (such as die for singular and accusative case in feminine), you will still need to remember when and how to use these articles. Unfortunately, there’s no rule you can use, just your memory. So, start using flashcards or any study technique that works for you and start drilling these German articles little by little! And if you’d like to test your current knowledge of German grammar, you can take our FREE level test and understand your German proficiency level! It will only take some minutes and you’ll receive results on the screen and via email.

German verbs are highly inflected, which means they change their form in terms of mood, aspect, person, and gender. To complicate matters further, the German language has weak, strong, and mixed verbs. These categories adopt endings for the past forms, with weak verbs being more regular than strong and mixed verbs. The main difficulty here is to memorize the endings and the verbs for each category!

Plus, you’ll find six tenses in German (present, past, future, present perfect, past perfect, and future perfect) and all of them change depending on the pronoun that precedes them. Have a look at the following conjugations of the verb lern (learn) in the past simple:

As you can see, German conjugations are far more complex than English ones. But don’t despair! With patience and persistence (and ideally, with the help of an expert German tutor!), soon you’ll master German verb conjugations without problems.

Finally, we have some good news: the German pronunciation system is not very different from the English one. The only sound that does not exist in English is the Eszett ß, and the R (which is pronounced very differently). Let’s take a look at some features of spoken discourse and pronunciation below:

Don’t fret if this sounds too difficult. With some practice, you can certainly get the hang of all of this. Some of our tips to help you learn speaking and pronunciation include:

Polish your pronunciation with our German teachers

If you have decided to learn German online on your own or if you are already learning German with a teacher but need some extra practice, here are some online resources for you!

How to Learn German Fast: Some Tips & Tricks

No matter how hard you want to learn German or how many hours you study per day, it will still take you years to be completely fluent. So, if you need to learn German fast, no matter the reason, here are some tips to achieve your goal.

Focus on the Core Words

It’s impossible to learn all the words in a language. Even as a native speaker, you surely learn new terms all the time, but you don’t really need all of them to be fluent in a language. A study by the BBC proves that knowing 800 core words enables a person to understand 75% of the target language.

So, if you want to learn German efficiently as a beginner, first you need to focus on these core words and understand how to write, pronounce, and use them in context. These words are not only nouns or verbs but also prepositions, pronouns, and articles such as the ones we explained above. Watch these videos by GermanPod101 and discover the 800 German core words and how to learn them!

Start learning German with an experienced, native-speaking tutor and soon you’ll notice how your communicative skills skyrocket! A professional teacher can assess your current language skills and design a suitable program so you always feel motivated to learn and improve.

They will also be able to clear up all your questions, explain even the most difficult topics in an engaging way, and help you overcome difficulties (such as pronouncing German compounds!) with their expert advice. Reach out to us today and learn German online or in person with our world-class instructors!

Use Apps With Bite-Sized Lessons to Learn German Fast

In addition to your German lessons, it’s wise to add some extra practice. For instance, Duolingo or Drops are amazing options if you would like to expand your vocabulary with game-like activities.

Sessions are short, so they are perfect for people who don’t have a lot of time to devote to studying. 20 minutes of practice per day will do wonders for your German language skills!

Immerse Yourself in the Language

In addition to learning formal aspects of German (such as conjugations or cases), you need something vital to become fluent: input. Immerse yourself in the language as much as you can to get familiar with their accent, rhythm, colloquial vocabulary, informal expressions, idioms, and many other features you may not find in textbooks.

We know it can be difficult to do this if you live far away from a German-speaking region, but today you’ll find an array of online resources to achieve your goal. For example, you can find dozens of YouTube channels that feature German native speakers having conversations. Or you can subscribe to different podcasts to learn something that interests you while you practice your German.

If you prefer to increase your reading skills, instead, why not join Facebook groups or Instagrammers that speak German? You’ll learn a lot of informal vocabulary this way! Reddit is another great choice to connect with people with similar interests. The options are endless!

A Short Guide to German Idioms

In addition to knowing the formal aspects of German, if you’d like to effectively communicate with native and non-native speakers, you need to be acquainted with conversational phrases such as idioms. These are constructions that don’t make sense literally but have their own meaning. Take a look at the following table for some examples, and read our article to find the 10 best idioms and expressions in German.

Children are known for absorbing new knowledge like sponges. The same applies to languages: while you may struggle with learning some new words in German, your kids will surely impress you with their speed and efficiency! You just need to expose them to your target language and soon you’ll see how their skills improve.

In case you need or want to encourage your kids to learn German, you’ll be glad to know there are hundreds of online resources that can be of help. Games, short stories, songs… you name them! Find some great options below:

All in all, learning German can certainly be challenging, but the effort pays off! Your professional opportunities will increase while you get to know more about fascinating cultures and expand your global family. Contact us for personalized lessons, online or face-to-face, and soon you’ll be expressing your ideas in fluent German!