Disney Lied! A Breakdown of the Greek Gods 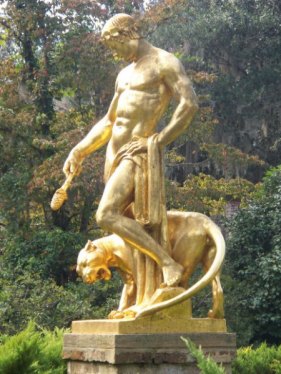 Fact: In the Disney movie Hercules, the only character without a Greek name is Hercules

As the good little students of world history that we are, many of us will remember that the Romans borrowed the basic concepts for most of their gods, heroes, and indeed religion from their antecedents and compatriots, the Greeks. While we know about a good few of these gods and goddesses, very few of us know that the only character in Disney’s 1997 blockbuster hit Hercules without a Greek name is the main character and namesake of the film!

Apparently, marketing research at Disney showed that while audiences would certainly recognize the names Zeus, Hades, Pegasus, Prometheus and others, moviegoers might not flock to a film called Herakles. Interesting how commercialism can sometimes get in the way of historical accuracy…

For those of you who may have forgotten your Greek mythology, here is a brief rundown, with Roman equivalents: The sky god Zeus (the Roman god Jupiter) is the father of gods and men and rules Mount Olympus. His wife is named Hera (the Roman goddess Juno), and is most known for her jealousy – which is unfortunate seeing that Zeus is known for his erotic escapades. Poseidon (the Roman god Neptune) is the god of the sea, said to reside in the Lost City of Atlantis. Hades (the Roman god Pluto) is the god of the underworld and death who, along with his brothers Zeus and Poseidon, defeated the titans and claimed the universe as their own, split into the sky, the sea, and the underworld. They shared the earth equally. He is often depicted with his three-headed dog, Cerberus.

Athena (the Roman goddess Minerva) is the goddess of wisdom, reason and purity. She is also the virgin patroness of Athens, and the Parthenon, sitting atop the Acropolis, was founded in her honor. Aphrodite (the Roman goddess Venus) is the goddess of love, beauty and romance and was said to be conceived when maniacal Cronus cut off Uranus’s genitals and threw them into the ocean. She arose from the foam in the sea. Hermes (the Roman god Mercury) is the god of commerce and a master thief, being a bit of a trickster himself. He was a messenger, and the link between the gods and humans. Ares (the Roman god Mars) is the god of war. As opposed to the strategy and generalship of Athena, Ares embodied the physical valor of war, and was considered a wild and dangerous god.

Just as there are countless other gods to learn about, the Greek culture too has many interesting snippets – from philosophers dying of laughter to ambidextrous, bilingual presidents. Test how much you know about a culture steeped in history with our Greek True or False game!