Learn French With Emily in Paris: What to Say and What Not to Say

Emily in Paris is the story about how an American travels to Paris and falls in love with the city. Yet, things are not as perfect as she had imagined, mainly because she does not speak French.

Though she was able to survive thanks to her amazing bilingual friends, such as Hannah or Gabriel, chances are you won’t be so lucky if you try to do the same.

So, if you are planning to move to France to work or study, you had better be more prepared than Emily! The good news is that you can learn a lot from Emily’s experience and avoid making the same mistakes.

Read on to learn all the French you need to know to survive your next trip to France! 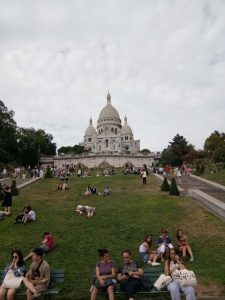 Emily knew she would need to know French if she wanted to succeed in France, that’s why she tried to learn some basic phrases on the plane. She even claims “I did Rosetta Stone on the plane, but it hasn't kicked in yet” (doesn’t seem like the quickest method, right? An intensive 10-hour French course could have been of more help!).

As result, when Emily wanted to buy flowers, she didn’t even know some basic phrases to order at a shop or to ask for help. She couldn’t even say Je ne parle pas français (I cannot speak French). The same happened when her shower broke down: trying to explain this situation to her landlady was a nightmare. To prevent this from happening to you, here you can find a list of useful phrases you should definitely learn before you go to France!

Phrases to ask for help

- Pouvez-vous m’aider, s’ilvous plait? = Can you help me, please?

- Oùest le poste de police? = Where is the police station?

- Oùest l’ambassade? = Where is the embassy?

- Oùest la pharmacie? = Where is the pharmacy?

- Quelqu’un a volémes affaires = Someone stole my belongings 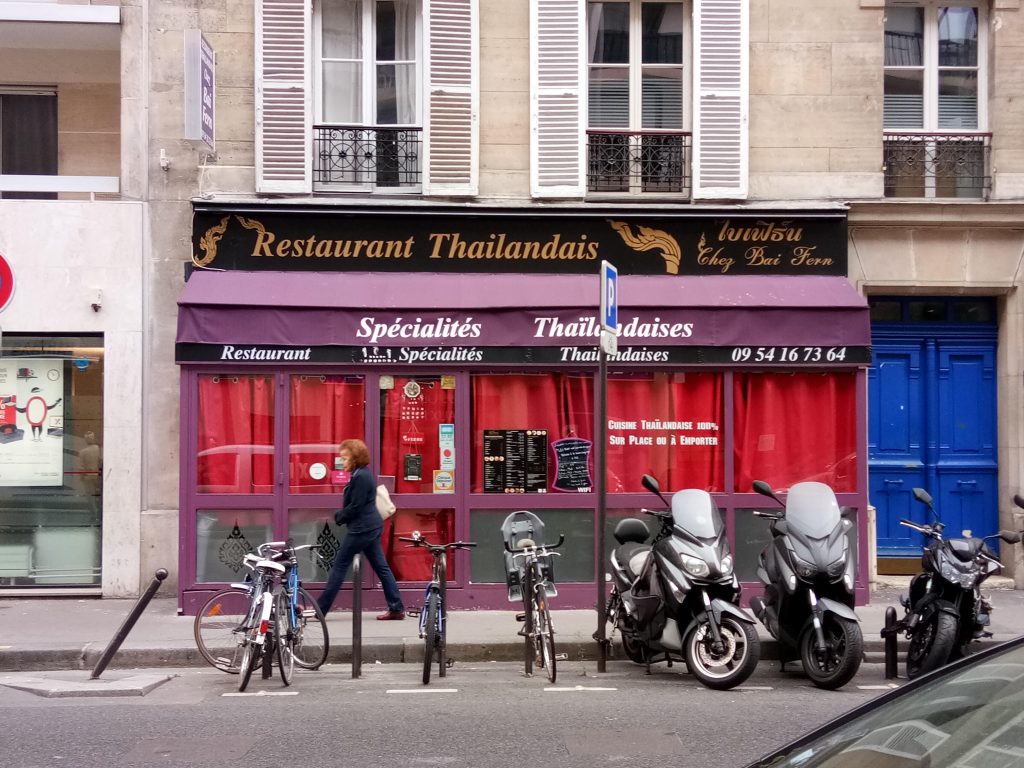 When organising an important dinner meeting with clients, Emily was saved by her friend Gabriel, a chef who also spoke English. If that’s not your case and you need to get by in French, here are some phrases that can help you at the restaurant:

- On va juste boire quelque chose. = We will just have a drink.

- Qu’est-ce que vous recommandez? = What do you recommend?

To order food, you can simply use the indefinite article un (masculine) or une (feminine) plus the item. You would normally add s’il vous plaît (‘please’), at the end of the sentence'' 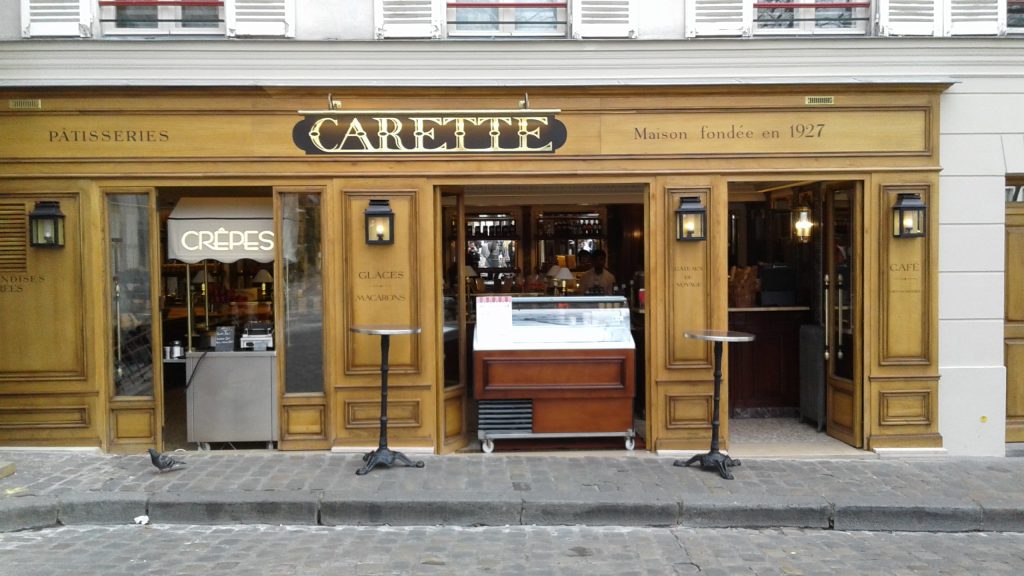 And when the shop assistant tells you the cost of your drink, you had better know how French numbers work! Emily had a problem with this when she tried to buy un pain au chocolat and could not understand the sales clerk. And this is totally understandable. For example, to say “ninety-nine”, the French say quatre-vingt-dix-neuf, which translates as “four-twenty-ten-nine” and “seventy-seven” is soixante-dix sept (sixty-ten-seven). So, as you study French, make sure to brush up on your math skills too!

Besides being acquainted with the most common phrases, if you want to survive in Paris, you should also be aware of some of the words that are very similar in French and English but have different meanings. 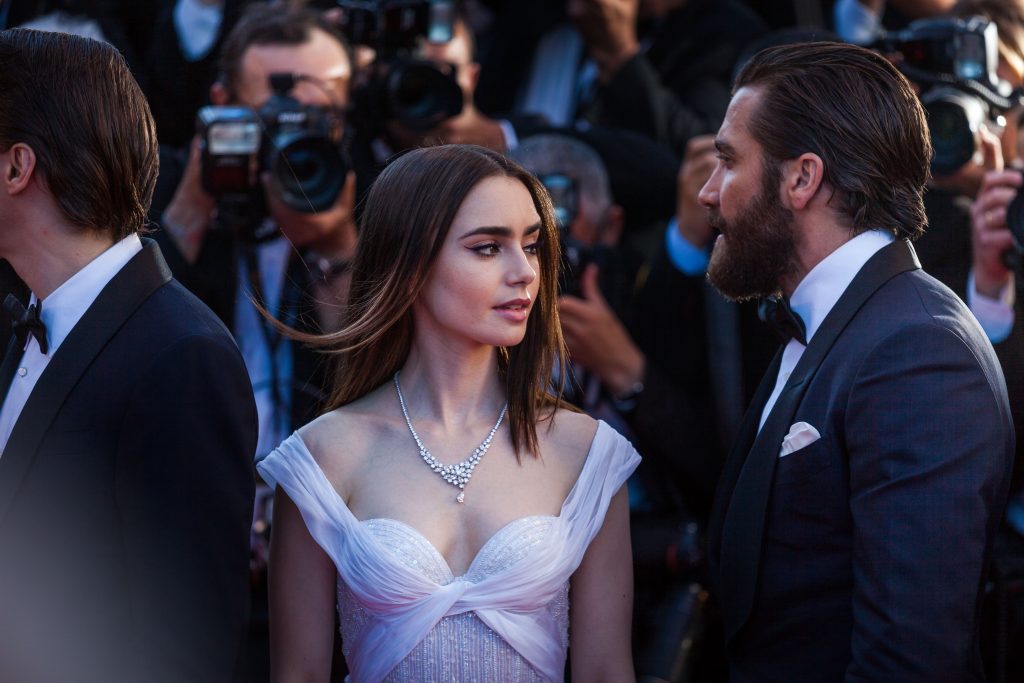 In the show, Emily lived this first-hand and got into a very embarrassing situation! To express her excitement about an idea, she said that she was very excitée.

Emily becomes quite popular in Paris thanks to a viral tweet in which she put in the spotlight one of the features of the French language: genders. While English is a gender-neutral language when it comes to nouns, in French they can be masculine or feminine.

The word that surprised Emily is le vagin (the vagina) since in French it is masculine and not feminine. This shows how unpredictable genders are in this language, even in words for which the gender would seem obvious.

What’s the best way to get ready for this? Lots of exposure. Start listening to French audio and reading French texts, and you will begin to notice the genders of the words. If there is one that surprises you, write it down so you can memorise it.

And if you want to truly impress your French co-workers with your knowledge of the local language (as Emily proved you should), why not take online French classes? They will help you fast-track your way to fluency. Besides, your native teacher will give you an insider’s view into the culture so you avoid embarrassing yourself. If you are ready to learn French with a tailored-made curriculum, contact us and get started!