Guarani in Paraguay: An Indigenous Outlier

When you think of the languages of South America, it’s a fair bet that Portuguese and Spanish are the first ones most people will come up with. English, French, and Dutch might also get a mention owing to colonial history. But in addition to these, there are a wealth of indigenous languages spoken, some of which share co-official status with those colonial languages. You've probably heard about Quechua/Quichua in Peru and Ecuador, maybe even something about Aymara in Bolivia, but today we're going to talk about the landlocked country of Paraguay and its co-official indigenous language, Guarani. Join us! 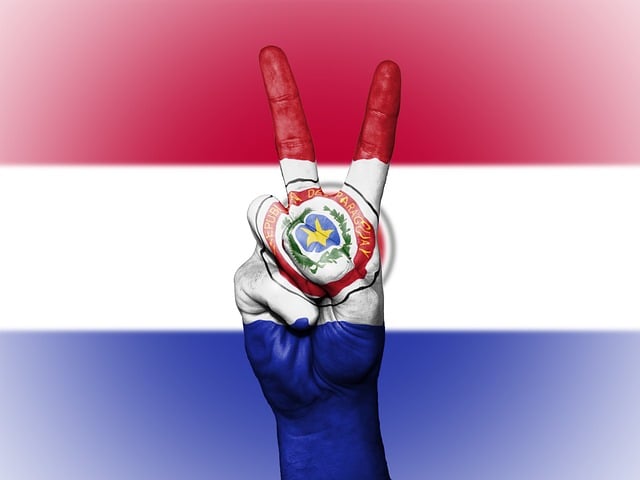 Guarani is a language native to Paraguay and along the borders of Bolivia and even Argentina, and is spoken by more than 6 million people. It belongs to the Tupi-Guarani language family, and alongside Tupi proper, is one of the most widely known languages of the Tupian language family that comprises the seventy languages spoken throughout South America. Guarani uses the Latin script for writing.

The primary ‘variety’ of Guarani, Paraguayan Guarani, is known as the people’s language, and is an official language alongside Spanish throughout Paraguay, where half the population is monolingual in solely Guarani. Guarani is taught bilingually in schools, and is readily available in literature, radio, and TV. Paraguayan Guarani has two ‘main’ dialects: Jopará and Guaraní correntino.

Guarani is also an official language in Bolivia and Mercosur, and is spoken in other neighbouring countries including Bolivia, Argentina, and Brazil. Because of this, there are more variants of Guarani that you might hear depending on where you are: Ava Guaraní, Eastern Bolivian Guaraní, Mbyá Guaraní, Paraguayan Guaraní, and Western Bolivian Guaraní. 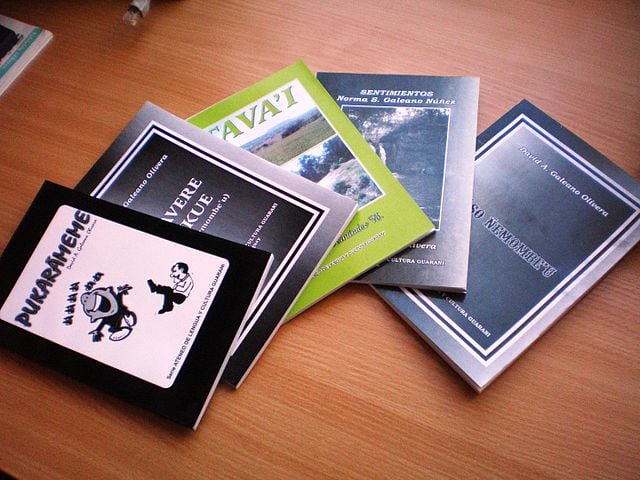 The phonology of Guarani has syllables that comprise a consonant with a vowel, or a vowel on its own. Vowels have virtually the same pronunciation as Spanish. Glottal stops are only written between vowels, but occur phonetically before vowel-initial words.

Guarani also has a degree of nasal harmony degree that is not seen in many languages. Nasal syllables consist of nasal vowels, and when there is a voiced consonant it takes its nasal allophone. If the stressed syllable is nasal, this nasality goes in both directions until it is in contact with an oral stressed syllable. And though voiceless consonants don’t have nasal allophones, they do not interrupt the spread of nasality.

Guarani uses the system of subject-verb-object. It has no gender, or definite article, although it does use la as a definite article for singular reference, and lo for plural, owing to the influence of Spanish. And tenses are relatively straightforward with Guarani, which uses nominal tenses, with the past expressed with the suffix -kue, and the future, with -rã.

Because normally we see indigenous language speaker numbers dwindling away to appear only on lists bewailing the potential extinction of rarely spoken tongues. Not so with Guarani, which is often referred to as the lingua franca of the region.

In fact it seems that Guarani is ‘stealing’ speakers from its colonial language neighbour, Spanish, with vastly more Spanish speakers learning Guarani than the other way around. 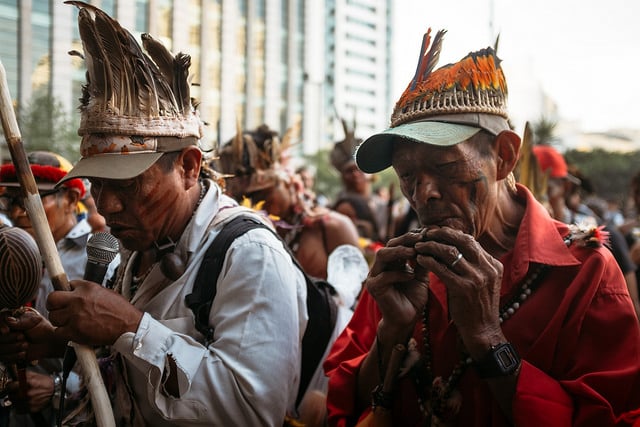 Enough to get by

Perhaps as inspiration to further that statistic, here are a few words to help you converse: 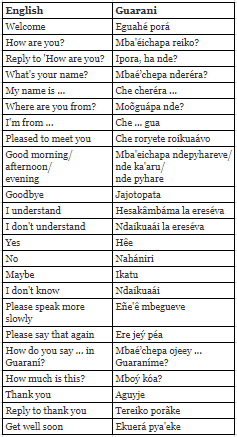 Still not convinced that you’ll need this language? Well, perhaps not. But speaking a language that is not widely known internationally has pluses that you might not consider: the national football team of Paraguay is famous for conversing solely in Guarani, so the opposition won’t understand them. Tactical language use!

We hope you have enjoyed our brief introduction to Guarani, potentially the most thriving indigenous language in the world.