A Commercial Christmas: Here’s to Celebrating 200 Years of Bemoaning Capitalism

The complaint that Christmas has lost its meaning to consumerism, capitalism, and overindulgence is almost as much an annual tradition as the event itself; not that such complaints necessarily mean we won’t try to outdo ourselves year upon year, of course. But the nature of these complaints isn’t new, and neither is the language we use to bemoan a lack of true spirit. Here, we take a look at the kind of language we’ve been using to moan about Christmas for the best part of 200 years. 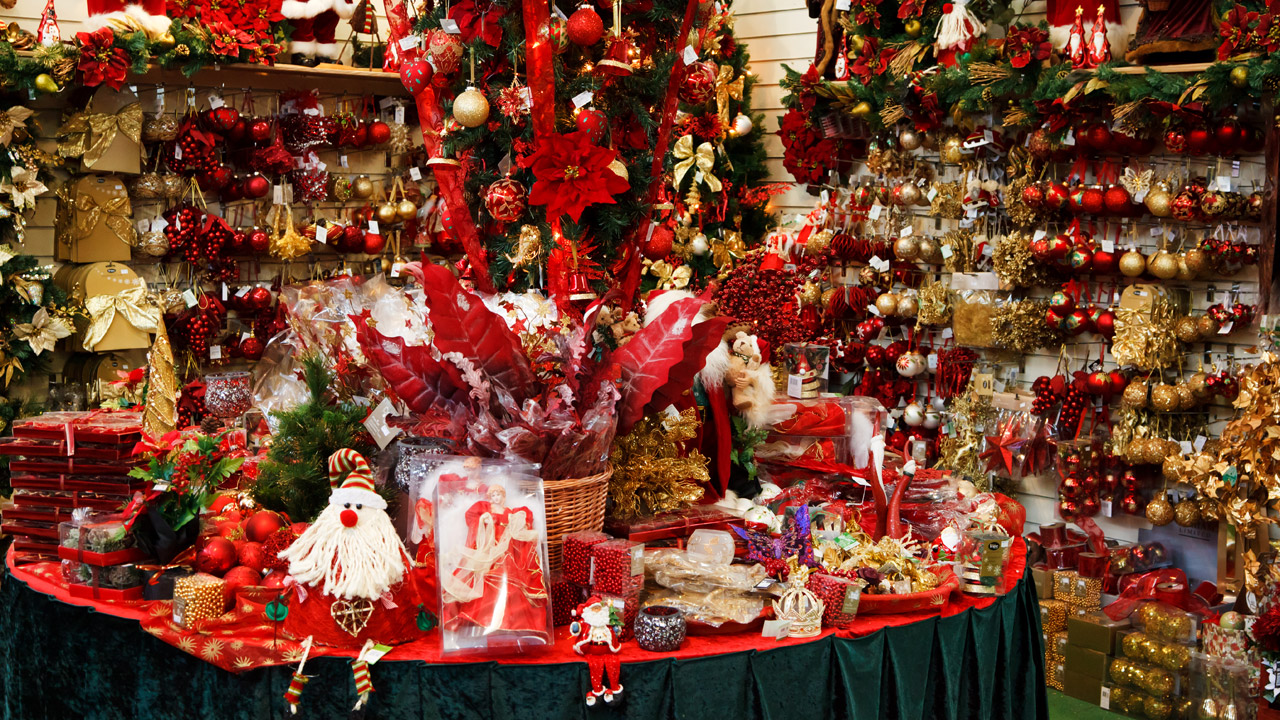 The Cambridge University Press along with Lancaster University conducted an extensive piece of linguistics research entitled the Spoken British National Corpus. This project looked to collate a 100-million-word text corpus of widely sourced examples of both written and spoken English. It is a hefty piece of research, and if your Christmas gifts aren’t up to much this year, you could lose yourself in this for a few hours as you wait for your turkey to cook.

But the Christmas gist of this corpus suggests that over a period of about twenty years, the language we use concerning Christmas has taken a capitalist turn. During the 1990s, words associated with Christmas included things such as: pantomimes, puddings, crackers, carols, wonderful, glow, and holly. But more recently phrases you’re most likely to hear at this time of year are more: sales, spend, shopping, retailers, trading, knees-up, and hangover. So not only are we spending more for the biggest, best, shiniest of gifts, we’re also indulging in more good times. Which some would say is a terrible thing! Though the words Father Christmas, tree, cards, and decorations appear to be consistently used, so it isn’t all negative news.

Ghost of Christmas Past

And no, we’re not talking about dear old Scrooge just yet, we’ll get to him later.

In the 1840s, founder of the New York Tribune Horace Greeley bemoaned that Christmas was nothing more than an excuse for young men and boys to drink themselves to excess in the streets. And by 1860 the same newspaper was monitoring trends in Christmas retailing much as we see in our tabloids today, with candy sales up, and jewellery sales down, due to nervousness pertaining to political news. Truly; nothing has changed at all.

While we’re looking at the newspapers and other such publications: the Ladies Home Journal in 1890 worried about Christmas descending into a festival of shopkeepers. The Times in 1911 suggested Santa—an “alien saint”—had chapels of worship everywhere; in other words, toy fairs. In 1929 British newspapers pondered if the use of Xmas as shorthand for Christmas removed Christ from Christmas in the rise of materialism. And in 1931 many a sermon suggested Christmas was doomed to be wiped out entirely by materialism.

A Christmas Carol was published in 1843, and has since been reproduced in animation, film, theatre, and just about every medium we can imagine. The story itself has contributed language to that we use around the festive season, with anyone who doesn’t feel the Christmas Spirit a bah, humbug, and anyone who doesn’t want to spend vast amounts of money a Scrooge.

In 2014, the New Statesman declared Scrooge to be an “anti-capitalist hero”, pointing to his so-called miserly ways, frugal spending of money, bewilderment that the Cratchit family, already in poverty, would want to partake in a Merry Christmas when it would leave them poorer still, and his observation to his nephew, that: “What is Christmas to you but a time for paying bills without money?”

Perhaps Scrooge didn’t use the exact language of today, but his sentiment is very much the same as all of us who see this overindulgent period for what it is, and are tired of shop fronts enticing us in with Christmas fayre, and every advert on the TV encouraging us to spend even more. Although those decorated shop windows are also nothing new, with police being called back in 1909 to control crowds that had come to look at the decorations in London’s busiest streets.

And finally, Scrooge isn’t even the only fictional character to be intolerant of Christmas. A character in E M Forster’s Howards End of 1910 talks about a shopping trip to London where “vulgarity reigned” in a torrent of toys and coins in place of a forgotten manger.

So. Complaints about Christmas are nothing new, consumerism is still rife, and we’re still trying to stuff more and more gifts under our Christmas trees. But it’s good to know that traditions don’t change, and the generations that preceded us were just as likely to love to complain about such things as no doubt our successors will! Happy Holidays!!