Arabic: A Language with a Global Reach 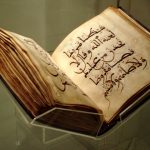 When we think of languages that have a global reach, we’re probably biased enough to think first of English, and then of perhaps Mandarin, or Spanish. But another language that is always in top ten lists of most widely spoken languages yet gets neglected despite being spoken in numerous countries in the world is Arabic.(…)