Can the Words We Use Stop Climate Change?

Climate change terminology used to be subject-specific vocabulary for those working in the fields of environmental science, but through both our scandal sheets and serious news has seeped into everyday conversation. Our world is changing, bearing scars as evidence of events that most scientists would argue we have brought on ourselves. The responsibility of creating(…)

After Brexit More British are Keen to Learn New Languages (And You Should Be, Too) 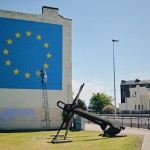 The UK has never been a nation known for having a huge appetite for foreign language learning. Whether it’s the ‘English as a global language’ crutch, or the importance given to math and science over language learning, the United Kingdom has long struggled to keep up with many other European nations when it comes to(…)

Serbian: The Language with the Two-Alphabet Identity Crisis 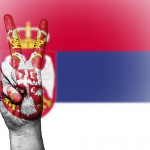 We recently decided to pay some overdue attention to languages that don’t necessarily fall under the popularity radar. This time it’s the turn of Serbian, and with it the controversy that’s currently striking the town of Vrbas, where part of the population want another language entirely to be made official. You can’t change your family(…)

How Politics May Determine Your Next Language 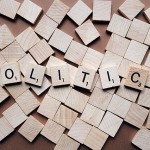 What do you consider when you are choosing a language to study? Is it the relative ease to pick it up, future job prospects, for deepening the enjoyment of the place you’re going to travel to? Or maybe simply because it’s the popular language to study right now. But then… what is it that makes(…)

How to Step Up Your Language Game with Upcoming Brexit 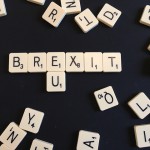 English might be perceived as the lingua franca of this world, and we’ve touched on many reasons why that’s not the case, but what happens when the United Kingdom leaves the EU, leaving behind it 27 other nations who, by majority, do not have English as an official language? Will English still be listed as(…)

The Politics of International Studying: Destinations of the Future 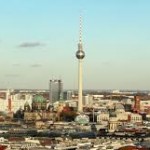 As we continue on from our last article where we discussed How Present-Day Politics May Affect International Language Studies, we understand that studying abroad is about more than getting an education. It is about broadening your horizons, experiencing new cultures, and often getting to grips with a second language. But with all of the political(…)

The US Election: What Happens Next?

A week later and people are still talking about the morning after the US election. Waking to a world where yet another Simpson’s prediction has come to life, this poem might very well be appropriate to how people are feeling post election. However, in a democratic country where the people get to choose their own(…)

This entry was posted in random and tagged language, politics, Public Speaking on March 31, 2015 by Kelly . 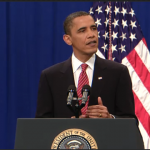 It is a truth universally acknowledged that behind every well-meaning political figure attempting to extend an olive branch and speak English to the wider public is a nation of their own people ready to mock and smite their every badly-pronounced word and poorly-executed grammatical expression (Jane Austen, we apologise…). Imagine for a second, if you(…)

Official Languages – Do They Help or Hurt? A Comparison Between South Africa and the USA 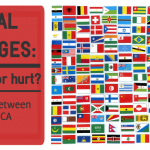 Language is a powerful social mechanism. It dictates how we frame our thoughts and ideas and breeds community among like-speaking individuals. But where language has the power to help us come together, it also has the power to break us apart, to outcast us, alienate us, and make us feel discriminated against and alone. Political(…)

How Does A Scandal Become A ‘Gate’?!

This entry was posted in babble, serious, showbiz and tagged news, politics, reporting, scandals on November 12, 2013 by Victoria . 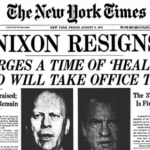 ’Plebgate’ has dominated the news of late, and has also been coined ’Plodgate’, and even ’Gategate’, so what’s with all these gates? The ‘Plebgate’ scandal in question is all about an incident where Conservative MP Andrew Mitchell, the former Government Chief Whip, allegedly called police officers “plebs” while they were on duty at Downing Street(…)